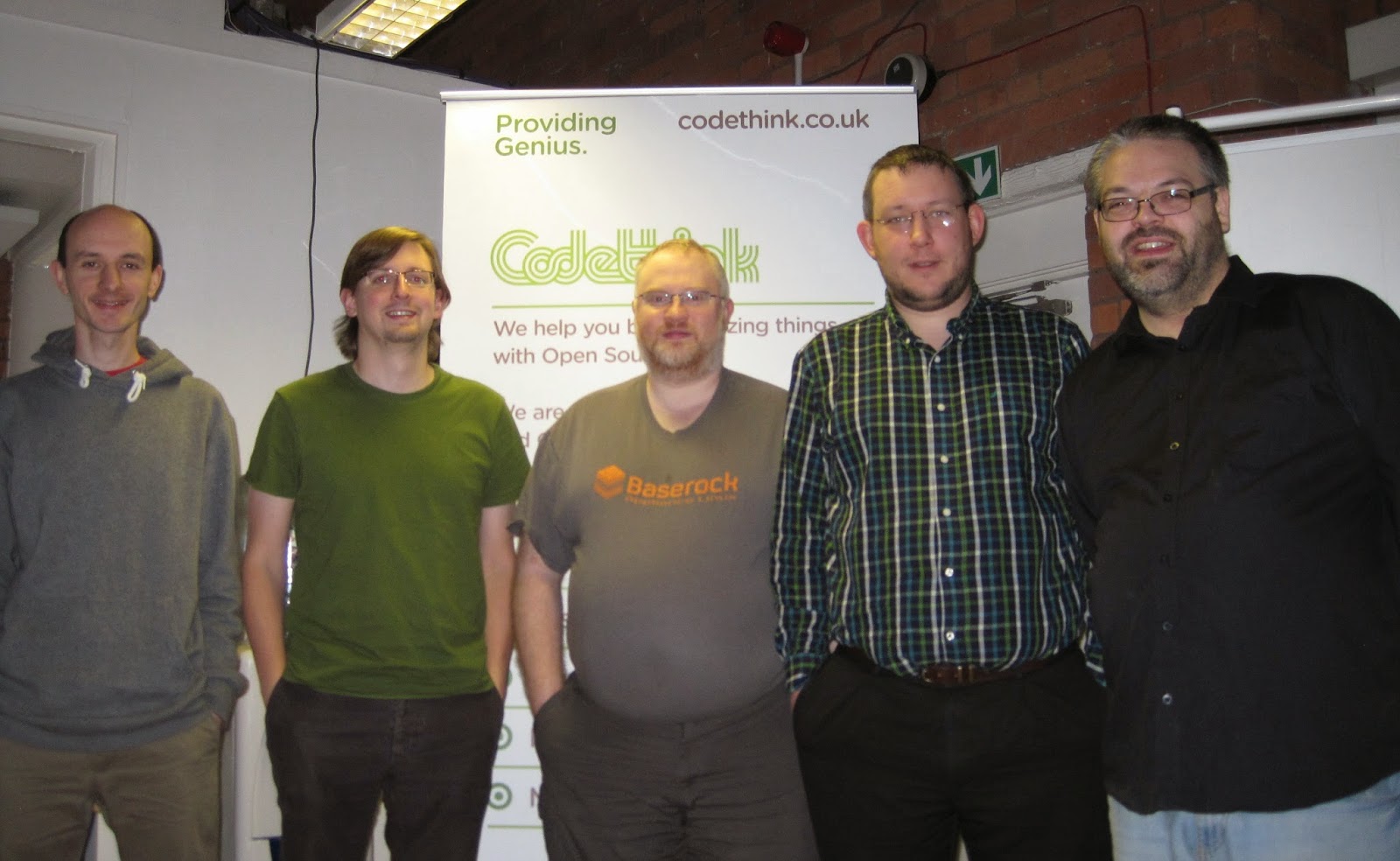 Over the weekend the NetSurf developers met to make a concentrated effort on improving the browser. This time we were kindly hosted by Codethink in their Manchester office in a pleasant environment with plenty of refreshments.

We started the weekend by discussing all the thorny core issues that had been put on the agenda and ensuring the outcomes were properly noted. We also held the society AGM which was minuted by Daniel. 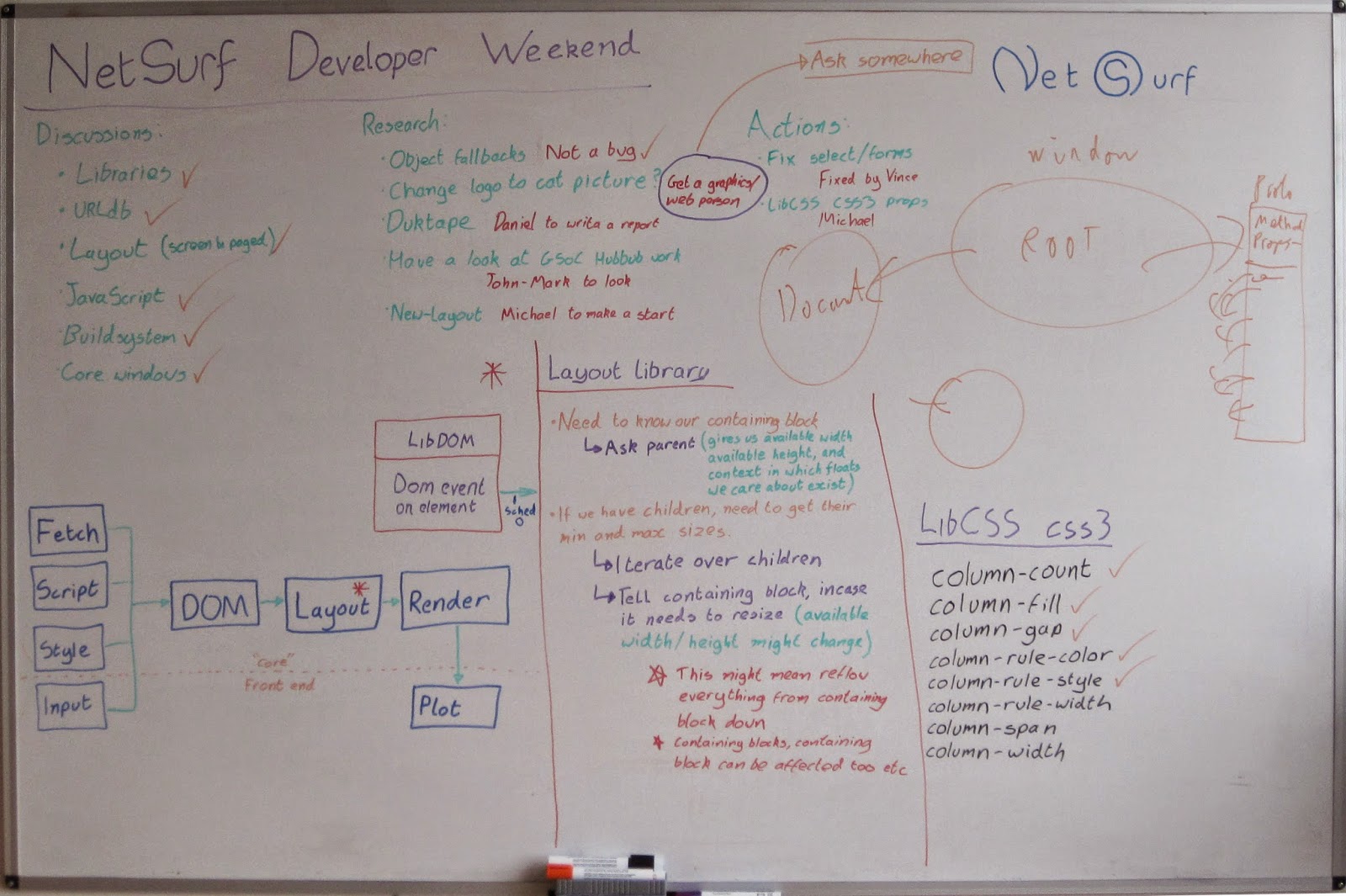 The emphasis of this weekend was very much on planning and doing the disruptive changes we had been putting off until we were all together.

John-Mark and myself managed to change the core build system as used by all the libraries to using standard triplets to identify systems and use the gnu autoconf style of naming for parameters (i.e. HOST, BUILD and CC being used correctly).

This was accompanied by improvements and configuration changes to the CI system to accommodate the new usage.

Several issues from the bug tracker were addressed and we put ourselves in a stronger position to address numerous other usability problems in the future.

We managed to pack a great deal into the 20 hours of work on Saturday and Sunday although because we were concentrating much more on planning and infrastructure rather than a release the metrics of commits and files changed were lower than at previous events.

The care of open source creatures

A mini Debian conference happened at the weekend in Cambridge at which I was asked to present. Rather than go with an old talk I decided to try something new. I attempted to cover the topic of application life cycle for open source projects. 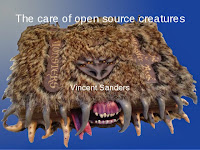 The presentation abstract tried to explain this:


A software project that is developed by more than a single person starts requiring more than just the source code. From revision control systems through to continuous integration and issue tracking, all these services need deploying and maintaining.

This presentation takes a look at what a services a project ought to have, what options exist to fulfil those requirements and a practical look at an open source projects actual implementation.

I presented on Sunday morning but got a good audience and I am told I was not completely dreadful. The talk was recorded and is publicly available along with all the rest of the conference presentations.

Unfortunately due to other issues in my life right now I did not prepare well enough in advance and my slide deck was only completed on Saturday so I was rather less familiar with the material than I would have preferred.

The rest of the conference was excellent and I managed to see many of the presentations on a good variety of topics without an overwhelming attention to Debian issues. My youngest son brought himself along on both days and "helped" with front desk. He was also the only walk out in my presentation, he insists it was just because he "did not understand a single thing I was saying" but perhaps he just knew who the designated driver was.

I would like thank everyone who organised and sponsored this event for an enjoyable weekend and look forward to the next one.
Posted by Vincent Sanders at 22:32 1 comment: