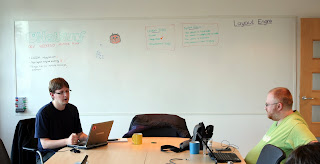 
Overall the event was a resounding success and we are left with only a small handful of regressions which appear straightforward to solve. We also have a clear set of decisions on what we need to do to improve the browser.
Posted by Vincent Sanders at 10:50